As a freelancer, Carr has branched out into other media and has reported and produced many stories for Interlochen Public Radio and has had his work broadcast on NPR and Michigan Radio, as well. His writing and reporting has appeared in the Detroit Free Press, the New York Daily News, traverseticker.com, Traverse Magazine, and other media.

Tom Carr's latest book, MI Bad: Robbers, cutthroats and Thieves in Michigan's Past and Present, was released in September, 2018. Carr is also author of the popular 2016 release, Blood on the Mitten: Infamous Michigan Murders, 1700s-Present and was a contributing writer for Inside Upnorth: The Complete Tour, Sport and Country Living Guide to Traverse City, Traverse City Area, Leelanau County, all titles  published by Mission Point Press.

Carr was born in Grand Rapids, grew up in Northville, graduated from Michigan State and has lived and reported in Sturgis, Sault Ste. Marie and Traverse City. He now lives near Buckley, with his wife Maria, in a farmhouse where they raised their two sons. 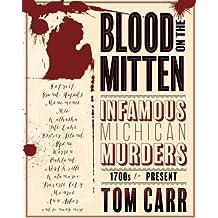 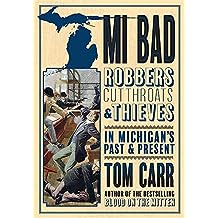 Posted by Sylvia Hubbard at 1:22 PM