Would you like to be books of the month?
Check out our sidebar advertising | Click here
Posted by Sylvia Hubbard at 7:43 AM No comments:

You have a plan for everything else - why not have one for your MONEY?
FREE!
Dorethia Kelly & Friends will guide you through creating your
financial vision board and life plan for 2016 & beyond!

Do you want to...
Then be sure to attend this FREE EVENT!
REGISTER
Bring your board & supplies!
We will all bring magazines to share!
REGISTER
Space is limited so please RSVP.
Portions of the event will also be live on

Periscope
Follow @DorethiaKelly
See you December 5th - until then watch this video for ideas!
REGISTER

Posted by Sylvia Hubbard at 9:43 AM No comments:

I have been going through my books and making notes...
Some of them I know I need to finish... I'm updating my WIP

but if you have a list of your own, add it to the comments in case I missed one.
Some I know I'll never publish because they are just weird or freaky.
There are now about four in that pile. Literally!
They have great characters, great story lines, but the weird and freaky and sometimes just horrible things happen that I know a publisher or a regular reader would never accept, so I just tuck those away so they won't fly free.
But I would like to set them free somewhere. So I want to give my readers a chance to really go on the dark side, light side or the other side of my imagination and journey to a place where exclusivity can be.
I'll be starting live stories again in 2016. I'm excited because all the books I post on there will be finished. Swear on it.
I'll also post filler stories that some readers missed that were posted on Wattpad and so forth.
Now I will charge, but the good thing about will be...once the book is through posting, the reader can actually download the book to their #Googlebook store and read in it's entirety (I think I spelled that right.)
The first book to be posted will be...drum roll...

the next will be

And following that, the characters from Two Ways to Pleasure actually come back in whole another book called

After that, in the line up will be

Now this will be a whole new site and there will be more information to come on how to request entry into the site.
I'm giving out five free subscriptions to people who would like to join the promotion team. That's a $20 dollar value in the first year and a $30 dollar value in the second year.
If you are an author and would like to co-sponsor, there are four slots for every quarter in 2016. You'll get two author advertisement posts about your books, plus one sneak peak into your books a month to my readers. Those co-sponsors will be $30 as well because you'll also be giving a subscription into the site to read the stories too.
More information is forthcoming as I set everything up, plus also work on all my WIP's including
Emperor's Addiction
King's Paradise
Stealing Innocence 3
Betrayed (Book One)
Interested in being a team member? Are you an author interested in co-partnering?

Posted by Sylvia Hubbard at 7:51 AM No comments: 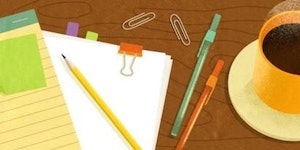 Settings
You're the first of your friends to connect to this event.
Share it to get some people on board! Share
Share Motown Literary Women Brunch 2016 - #Detroit @DetroitLibrary #MotownLit
EmailShareTweet

Motown Literary Women Event 2016
March 19, 2016 11am
Location: Skillman Detroit Public Library, 121 Gratiot Ave, Detroit, Michigan 48226
Authors interested in vending, please fill out this form to be considered. Taking applications for 2016 and 2017. CLICK HERE. Promotional Donations, please CONTACT us.
Early Bird Tickets are due before December 31st
VIP Tickets can be purchased until February 1st - Purchasers will receive seating, a VIP signing with author from 11am to 11:30am with special guest authors, a special bag of books, promotional materials and $10 coupon off 2017 Luncheon.
Bringing the literary spirit back to Detroit, Motown Writers Network hosts the Motown Literary Women Brunch to raise money for literary efforts around the City of Detroit.
We invite readers, bookclub attendees, writers and authors to join us to celebrate not only the literary women in Michigan, but also the love of books in Detroit.
Bring your best hat, wear your Sunday dress and show your love for books by supporting the authors we will have speaking, inspiring and bringing you together.
All Monetary Donations will go toward our adopted organizations and literary sponsors to provide more reading material and programs around The City of Detroit.
Lists of authors and sponsors to come... Sign up early for your ticket. The earlier the better.
Have questions about Motown Literary Women Brunch 2016 - #Detroit @DetroitLibrary #MotownLit? Contact The Essence of Motown Writers Alliance &amp; Motown Writers Network

Would you like to be books of the month?
Check out our sidebar advertising | Click here
Posted by Sylvia Hubbard at 7:42 AM No comments:

Posted by Sylvia Hubbard at 8:19 AM No comments:

Rust City Book Con is a super casual convention and book signing in Troy, MI, with the intent to introduce readers to new authors as well as the chance to interact with current favorites.
We'll be focusing on all GENRE fiction, so there's bound to be some interesting and diverse topics discussed at the daily panels. In the evenings we'll be partying and creating some fascinating mayhem with meet & greets, parties, and other activities.
For the young at heart, and at the request of my own young reader, Rust City will also feature a KidLit track specifically designed for young/early readers. More details to come.
Saturday's charity book sale and signing is open to convention attendees, and to the public for $5/person. We'll have a fabulous lineup of authors, ranging from indie to NYT Bestsellers, that will be sure to tempt readers of all walks of life. Come celebrate the hidden (and not so hidden) joy of all genre fiction with us - Aug 12-14, 2016!
Follow Rust City via your own social media drug of choice:
I know many readers tend to stick with their preferred genres, and there's nothing wrong with that; but you never know what you'll find, what you'll like, until you take a leap of faith. With that in mind, let me introduce you to the #RustCity16 attending authors, with more being added every week! For the most up to date additions, please visit:  http://rustcitybookcon.com/attending-authors