Get Your Code On! Introduction To Word Press via @ThirdEyeGrp Sept 21 #Detroit

Get Your Code On! Intro to WordPress I Workshop
Using WordPress for your site or blog, but need a better understanding of it? Take back the power of your company’s brand and learn how to manage your Word Press website and blog. Learn your way around the WordPress dashboard, and take a look at WordPress from a business standpoint to see what features you can use to inform, promote your business and encourage discussion amongst your target audience.  Leave with a basic understanding that will let you easily make changes, edits and additions to your website or blog.

“Get Your Code On!!” Workshop Series For Nontechnical Women Entrepreneurs
(Men always welcomed)
Introduction to Word Press
Take back the power of your Company’s brand and learn how to manage your Word Press website and blog.

Wayne State University Press and the 2013 Host Committee cordially invite you to a Celebration of Books to highlight our new titles, over 100 other new and favorite books, and dozens of authors.  The event features a strolling dinner, cash bar, book sale, trivia game, door prizes, and a short program featuring Bradford Frost, author and creator of Reveal Your Detroit.  This new book documents a community photography project led by the Detroit Institute of Arts featuring thousands of images of the city from the perspectives of hundreds of Detroit residents.

Reveal Your Detroit by Bradford Frost

Through a unique partnership model with forty-five community organizations, the Detroit Institute of Arts' 2012 community photography project Reveal Your Detroit offered Detroit residents the chance to respond to the Museum's contemporary photography exhibition Detroit Revealed: Photographs 2000-2010. Using disposable cameras, each participant captured people, places, and things that make their lives in Detroit distinctive, inspired by the questions "what does your Detroit look like?" and "how do you want others to see it?". In the final display, over 2,300 images rotated across 60 digital photo frames, from a selection of over 10,000 submitted. For this volume, author Bradford Frost selected 192 images from the exhibit to showcase the perspectives of hundreds of residents and the places they presented, from the gritty to the sublime. 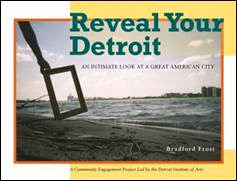 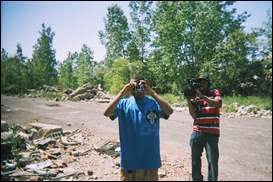 From Left to Right: Author Bradford Frost | Reveal Your Detroit book cover | James Feagin and one of the young men he coaches from Imagine Detroit Together with their cameras at the historic Packard plant along with a Reveal Your Detroit documentary film crew

Other featured books at the event will include:

Originally published in 1997, and given the Paul Davidoff Award from the Association of Collegiate Schools of Planning in 1999, this re-released book will appeal to anyone with an interest in Detroit's urban planning, as it looks at what went wrong after WWII, demonstrating how and why government programs were ineffective and even destructive to community needs.

In her follow-up to the award-winning Who's Jim Hines?, youth lit author Jean Alicia Elster follows another member of the Ford family coming of age in Depression-era Detroit.

Award-winning historian Charles K. Hyde details the transition of Detroit's automobile industry to a wartime production powerhouse and some of its notable achievements along the way. 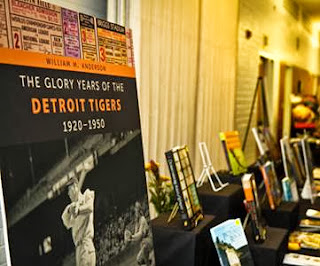 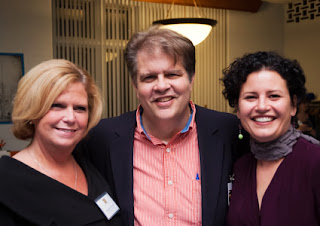 Posted by Sylvia Hubbard at 6:54 PM No comments:

.@Amazon: No Plans for a Free Smartphone via @mashables

Posted by Sylvia Hubbard at 7:43 AM No comments:

Motown Writers will be vending during the weekend and encourage you to stop by our table for more information and book reading supplies & resources.

"Strengthening survivors of domestic violence, their families and our community" 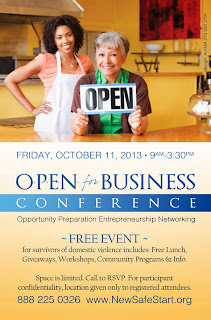 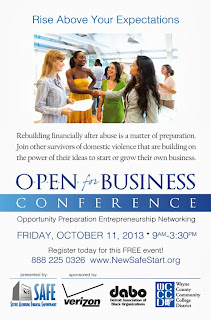 Rise Above Your Expectations

http://meetwith.me/kalyn - Easily schedule a meeting with me online
Posted by Sylvia Hubbard at 5:27 AM No comments:

Ever wish your sister worked for Oprah?

Imagine what an advantage that would be if you had something you wanted to promote to millions of people!

Maybe she’d put in a good word for you.

And she would certainly be able to give you all the ins and outs about what to do and NOT to do when approaching them so that you had the best possible chance of getting booked, right?

Well, when it comes to securing national media coverage that kind of insider-advice doesn’t have to be a fantasy.

In fact, you can have it all for FREE on Tuesday.

You’re invited to a free live webcast on Tuesday, September 10th with Steve Harrison and the media tasked with deciding what authors/experts to interview for such media outlets as The New York Times, Inc. Magazine, Oprah, and CNBC as they show you how to create Your Ultimate Publicity Gameplan

Steve will be interviewing several of his media friends who know what it’s like to make decisions every day about which guests or experts to interview for their story or segment.

The question he’ll pose to all of them is a simple one: “If you had a brother or sister who wanted to get a lot of publicity and they asked you for your advice, what would you say?”

Steve knows from experience their answers will be enormously helpful to you. You’ll learn lots of little-known strategies and techniques that many professional PR people don’t even know. Here are just some of the insider-secrets you’ll discover:

Insider Secret #1: A writer for the New York Times and Inc. Magazine will reveal the key elements to telling your story in a way that makes editors and journalists say “Wow! I love it!”

Insider Secret #2: A producer from CNBC will tell you what you should do before you contact a national TV producer to increase your odds of getting booked on national TV.

Insider Secret #3: A former Oprah producer will share a simple strategy for using Youtube to get producers to book you – especially if you’ve never been on national TV before.

Insider Secret #4: How to get major national coverage even if you don’t have a book. I’ll give you the simple strategy I shared with a CEO of a very unglamorous business that landed him on the CBS Evening News. You can do it too.

Insider Secret #5: The very first thing you should say on the phone or in your email to a producer or editor to have them stop everything and say, “Tell me more.”

Insider Secret #6: How to create the Ultimate Publicity Gameplan for you and what you’re promoting. We’ll show you how to make the task of getting the word out about your book, product or service less overwhelming and doable.

Insider Secret #7: How to become a “go-to guest” that the media calls again and again.
http://bit.ly/perrypublicitysecrets

Once registered, you'll receive all the details back within five minutes.

To you superstar success,
Pam Perry, Your PR Coach

Jeff Bezos: It Will Take Years to Fix 'The Washington Post' via @mashables

Posted by Sylvia Hubbard at 9:51 PM No comments:

JUST DO IT: GET THE BOOK OUT!! frm Author &Min. Mary Edwards Chicken Soup Submissions

Posted by Sylvia Hubbard at 5:12 AM No comments: