Dear Write A House Supporter -
As we wind down a crazy year, I hope you've had a moment or two to enjoy the season, with family and friends, and, maybe a bit of reflection. As I think about the past year, I wanted to write to thank you for your early support of Write A House, and to ask you for help once again.
Nearly three years ago, over 350 people from all over the country gave what they could to help us start something new. You were one of them.
Together, we raised over $30,000 to bring back a vacant house in Detroit, and award it to a writer. Less than a year later, Casey Rocheteau, the first Write A House winner, moved into her beautifully renovated home, to start a life here, and tell a new story. Since then, we've done it two more times, bringing writers Liana Aghajanian from Los Angeles, and Anne Elizabeth Moorefrom Chicago, to join Casey in their Banglatown neighborhood, on Detroit's near east side. Together, they're helping build a literary community here in the Motor City.
As we look to 2017, now two years since Casey moved in, we anticipate handing her the deed to her house! At the same time, we are also looking to a new neighborhood, Detroit's historic North End, where we'll be renovating a home for our fourth winner, native Detroit poet, Nandi Comer, as well as taking Write A House into its next phase. Nandi's an active light in the city's culture and resurgence, and has received fellowships from Virginia Center for the Arts, Cave Canem and Callaloo. You can check out poems and essays in To Light a Fire: 20 Years with the InsideOut Literary Arts Project, Detroit Anthology, and in Another and Another: An Anthology From the Grind Daily Writing Series, among many others.
So here's where you come in, again. I'm reaching out, and looking to you, the folks who propelled this crazy idea off the ground, to help us once more. We've launched a new $20,000 crowdfunding campaign to get the ball rolling for Nandi's house, as Write A House looks to 2017, and the future.
Please take a moment to give today. Generously.
Thank You! With your help, we can do this again for Detroit.
Sincerely Yours,

--
Francis Grunow
Write A House Board of Directors
Posted by Sylvia Hubbard at 3:27 PM No comments:

Metro #Detroit Writers & Authors: It's the end of the year. What's your book plan? Join #MotownWriters w/@PamPerry @DetroitLibrary 10am Sat 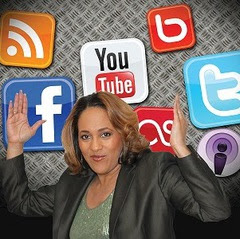 Posted by Sylvia Hubbard at 11:20 AM No comments: 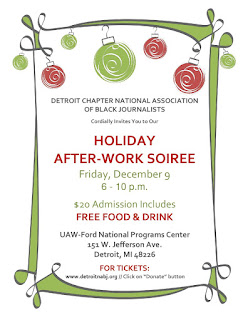 Posted by Sylvia Hubbard at 10:58 PM No comments:

How to Write a Book workshop Saturday, December 3rd from 11 am-2 pm at Beans & Cornbread #michlit 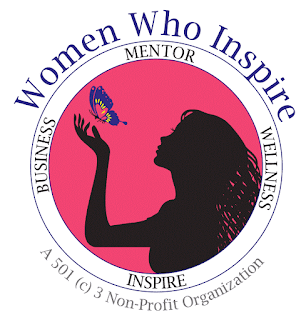 Sylvia Hubbard will host a How to Write a Book workshop this Saturday, December 3rd from 11 am-2 pm at Beans & Cornbread. Tickets are $15 and can be purchased at www.womenwhoinspire.org through PayPal.

Detroit Author & Founder of Motown Writers Network, Sylvia Hubbard has published over 37 books on suspense romance.
As a happily divorced mother of three, Sylvia has received numerous awards and recognitions for her work such as the Spirit of Detroit from Detroit City Council and State of Michigan Governor’s Certificate of Tribute Emerging Minority Business Leader Award. She’s spoken all over the United States and Canada about independent publishing, social media, 21st Guide to Marketing for writers and authors, How Readers can make money promoting their favorite authors and even how to be a single mom. 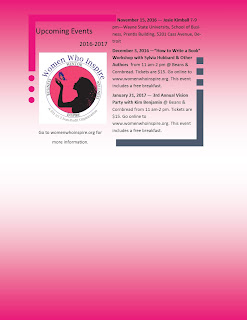 Recognized as an avid blogger by HoneyTech Blogs, Ms. Hubbard runs over five blogs including How To Love A Black and has had five #1 Best Sellers on Amazon. Her current work is Tanner’s Devil and she has six books coming up in 2016, including four live stories on her website. http://sylviahubbard.com

Women who Inspire is a 501 c (3) faith based organization whose mission is to inspire, mentor, and motivate Christian women. Our four- fold purpose is to: Inspire – motivate, inspire, uplift, support and encourage women; Mentor – Mentor younger women one on one - mentor/mentee program called Purpose; Wellness – provide health, financial, mental, and social resources for women; and Entrepreneurship – to help start, build, and establish local women owned businesses. Please contact us at the information below or visit us online for more information.

Get your tickets now: www.womenwhoinspire.org through PayPal.

Posted by Sylvia Hubbard at 4:55 AM No comments:

Save the dates: Every Child Ready to Read in Michigan via @libraryofmich @mlaoffice

Posted by Sylvia Hubbard at 7:47 AM No comments: